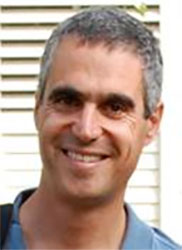 Prof. Uri Ashery (course director) is a prominent neuroscientist who leads an excellent interdisciplinary research team and heads the Sagol School of Neuroscience at Tel Aviv University. His current research focuses on the molecular mechanisms of neurotransmitter release under normal conditions and in the case of neurodegenerative diseases such as Alzheimer's and Parkinson's diseases. His lab combines multidisciplinary approaches such as electrophysiology, super resolution and TIRF microscopy, Molecular and cellular neurobiology and computer modeling to study synaptic plasticity and correlate between molecular changes and synaptic function and dysfunction. Prof. Ashery pioneered and led the establishment, in 2011, of a unique multidisciplinary "ecosystem" at Tel Aviv University, the Sagol School of Neuroscience. The Sagol School has made Tel Aviv University a magnet for excellent researchers and students. It has become the leading neuroscience institute in Israel, with over 130 research groups led by internationally renowned scientists and clinicians. 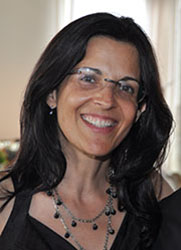 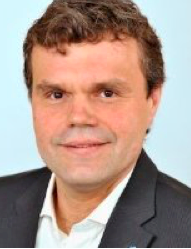 Professor Bogdan Draganski is Consultant Neurologist at the Department of Clinical Neurosciences, University Hospital of Lausanne (CHUV) and Director of the neuroimaging laboratory LREN. After qualifying in medicine in Germany, he spent time working on computational anatomy research in movement disorders at the Institute of Neurology at UCL, London UK, followed by research at the Max Planck Institute for Human Cognitive and Brain Sciences, Leipzig Germany. 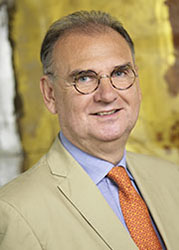 Nir Giladi is a neurologist, expert in movement disorders with many years of experience treating patients with Parkinson's disease. Currently he is the chairman of the department of Neurology at TASMC and as such have access to a large patient pool as well as all needed facilities and infrastructure to assist in this proposed research. For more than 20 years he is involved in research in PD with great interest in clinical management, gait and movement disorders, genetic aspects of PD, epidemiological studies and neuroimaging. In the past decade he managed, overlooked and carried out numerous clinical trials involving patients with PD with expertise in all medical, clinical and applicative aspects. Nir Giladi believe this innovative application has the ability to enhance patient well-being and quality of life. He has the expertise, leadership, motivation and am well positioned to collaborate on and contribute to this study. 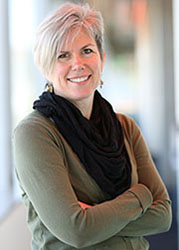 Terri Gilbert joined the Allen Institute for Brain Science in 2010 and currently spearheads the user support program for the Allen Brain Atlas resources, designing and delivering live trainings and webinars to global audiences. Terri is a high-level science communicator with over 15 years of experience delivering technical presentations and training sessions to a variety of audiences, and has held positions in both academia and industry.
Terri has a Bachelor's degree in physics from the New Mexico Institute of Mining and Technology. She received her Ph.D. in biomedical sciences from the University of New Mexico, School of Medicine and has held postdoctoral fellowships at the University of New Mexico and the University of Washington.

Dr. Ferath Kherif is a Senior Lecturer at the University of Lausanne and vice director of the Laboratoire de Recherche en Neuroimagerie (LREN) of Departement des Neurosciences Cliniques (DNC) at the University Hospital of Lausanne (CHUV). He obtained his PhD in neuroscience at the university Pierre et Marie Curie, Paris. He was research fellow at MRC-CBSU in Cambridge and then at the Welcome center for neuroimaging in London before his arrival in Lausanne in 2010. He is coordinating and directing the work of the various components of the medical informatics platform of the Human Brain Project. The aims are to create a facility for medical ICT, federate very large volumes of data from European hospitals about diseases of the brain (imaging, data from tissue and blood samples, clinical data, medical histories, genomic data, etc.) and finally use this data to discover biological signatures of diseases.

Ralph Laufer is Senior Vice President and Head of Discovery and Product Development (DPD) at Teva Pharmaceuticals. He has 20+ years' experience in the pharma industry, much of it as Head of Pharmacology at IRBM, the Rome site of Merck Research Laboratories. For his role in the discovery of Isentress™, first-in-class inhibitor of HIV integrase and winner of the Prix Galien USA 2008 as best pharmaceutical agent, Ralph received the American Chemical Society Heroes of Chemistry Award 2013.
He joined Teva R&D from IRBM Science Park, a spin-off of MRL Rome. There, as Scientific Director, Ralph led the development of IRBM's drug discovery strategy and pipeline of proprietary assets. Before joining Merck, Ralph was assistant laboratory director at the Collège de France, Paris and an EMBO postdoctoral fellow in the Changeux laboratory of Molecular Neurobiology at the Institut Pasteur in Paris.
Ralph is a Director of Immuneering Corporation and member of the International Advisory Board of the Blavatnik Center for Drug Discovery at Tel Aviv University.
He holds a PhD summa cum laude in Biochemistry and an M.Sc. degree in Chemistry from The Hebrew University of Jerusalem. He is the author of over 80 peer-reviewed articles and inventor on over 15 patents. 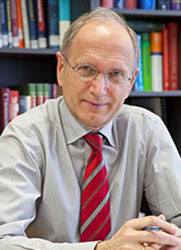 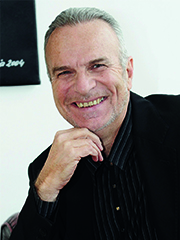 Alois Saria started his research career investigating functions of neuropeptides in the autonomic and central nervous system and then moved to work on neuropeptides in the central nervous system and mechanism of action of psychoactive drugs and narcotics. More recently his research focused on systems neurobiology, particularly reward systems, and pharmacokinetic and -dynamic aspects of antidepressants and antipsychotics relevant for therapeutic drug monitoring in psychiatry. Techniques applied include behavioural animal models in psychiatry, most recently for addictive behaviour, immunohistochemistry, in-situ hybridization, in-vivo microdialysis, cell and tissue culture, quantitative determination of signaling substances with immunoassays and LC-tandem-mass spectrometry. In the current SPIN projects multielectrode-array recordings and optogenetic methods are in the process of being established. 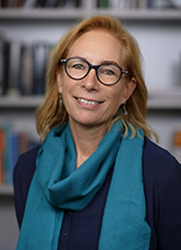 Barbara Sperner-Unterweger studied medicine at the University of Innsbruck and received her medical degree in 1984. She is specialist in psychiatry and psychotherapy and has also a Diploma in Psychosomatic Medicine. In 1993 she spent several months at the Western Psychiatric Hospital in Pittsburgh. 1994 she finished her training as a Psychotherapeutist (cognitive behavioural therapy).  In 1999 she became Associate Professor at the Department of Biological Psychiatry in Innsbruck.
Since 1993 she is head of the Division of Psychooncology and Psychoimmunology and since 1998 she is also Vice-Chair of the Department of Psychiatry, Psychotherapy and Psychosomatic, Innsbruck.
Since April 2011 she is Professor of Consiliar-/Liaisonpsychiatry and since October 2013 she is Head of the Department of Psychiatry II / Psychosomatic Medicine.
In research her main topics focus on psychoimmunology and psychooncology. 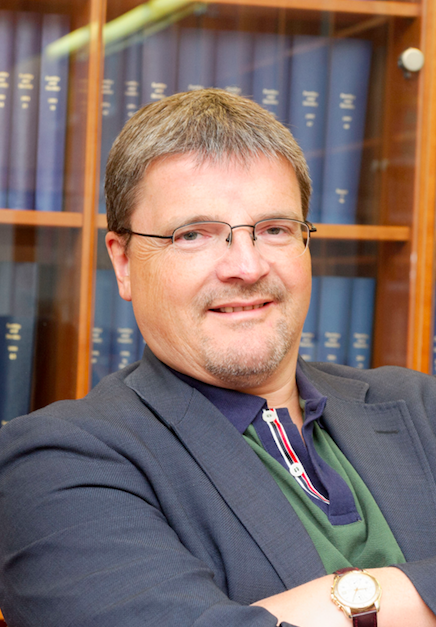 Gregor K. Wenning studied Medicine (1983-1990) at the Wilhelms University in Muenster (Westphalia, Germany) as a recipient of the German Scholarship Foundation. He completed his studies in 1991 with a thesis on motor system degeneration and obtained his doctorate "summa cum laude". From 1992 to 1994, he obtained a research scholarship by the UK Parkinson`s Disease Society and became Clinical Research Fellow and PhD Student at the Institute of Neurology, (Queen Square) in London, where he conducted work on the experimental, clinical and neuropathological aspects of multiple system atrophy (MSA). In January 1996, he completed the MSA research doctorate at the University in London, obtaining the title of Doctor of Philosophy (PhD). The title of his thesis was "A clinicopathological and animal experimental study of multiple system atrophy." Between 1997 and 1999, he completed his training to become a specialist in neurology and psychiatry at the Innsbruck University Clinic. He subsequently established an internationally successful MSA research program at the Department for Neurology in Innsbruck. In 1999, he was appointed associate professor of neurology at Innsbruck University's Faculty of Medicine. In 2006, he was appointed Professor of Clinical Neurobiology and chief of the Division of Neurobiology at the University Department of Neurology, Medical University of Innsbruck. The scientific focus of Wenning's work centres on the research of atypical parkinsonian syndromes, particularly multiple system atrophy, using experimental, clinicopathological and therapeutic studies. In addition to caring for patients with Parkinsonian syndromes and dementia, his clinical activities also include the work up and treatment of autonomic disorders. To this end one of Austria's first tilt table laboratories for diagnosing neurocirculatory disturbances was established in 2000. His contributions have helped to overcome the difficulties associated with the diagnostic distinction of MSA and PD patients. The process of differentiating these diseases, which sometimes feature very similar symptoms, has been significantly improved with the help of neuroimaging tools. As part of his laboratory work, Wenning developed numerous experimental models to gain a better understanding of the biological mechanisms of the disease. The first transgenic model for MSA, which combines genetic factors and neurotoxic lesions similar to the way the disease develops in humans, has generated considerable international attention. As Co-Founding Director and Coordinator of the European MSA Study Group (www.emsasg.org), Wenning leads a consortium of 24 MSA centres in Europe and Israel, with the goal of driving forward accurate diagnostic markers and translational therapy research. In 2012 he was appointed chair of the International Movement Disorders Society MSA (MoDiMSA) Study Group. Dr. Wenning`s work was awarded with a number of prizes including the Science Prize of the Austrian Parkinson's Disease Society, 1998 (First recipient); the Oppenheimer MSA Research Prize, 2004 (First recipient), and the Schouppe MSA Award, 2014 (Firstrecipient).