Egidio Falotico is Assistant Professor at the BioRobotics Institute of the Scuola Superiore Sant'Anna, Pisa, Italy. He received a M.S. degree in Computer Science at the University of Pisa in 2008. He has a PhD degree in Biorobotics (SSSA, Pisa) and a PhD degree in Cognitive Science (University Pierre et Marie Curie, Paris, France)(March 2013) He currently serves as deputy leader and publications manager in the Sub-Project 10 of the Human Brain Project. He is author or co-author of more than 40 international peer reviewed papers and he regularly serves as a reviewer for more than 10 international ISI journals. He has been involved in some EU-funded projects (I-SUPPORT, SWARMs, SMART-E, RoboSoM, RobotCub), focusing on the development of brain inspired algorithms for robot control. His research interests focus on neuro-robotics, i.e. the implementation of brain models from neuroscience in robots. 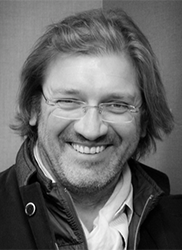 Viktor Jirsa is Director of the Inserm Institut de Neurosciences des Systèmes at Aix-Marseille-Université. Dr. Jirsa received his PhD in 1996 in Theoretical Physics and has contributed since then to the field of Theoretical Neuroscience through the development of realistic personalized brain network models. He co-leads the Theoretical Neuroscience Subsection of the Human Brain Project. His work has contributed to a better understanding of the network principles underlying brain dynamics in rest, aging, and epilepsy. He is mostly known for the neuroinformatics platform The Virtual Brain (http:www.thevirtualbrain.org). Dr. Jirsa has received various international and national awards and published more than 160 scientific articles, including the Handbook of Brain Connectivity. 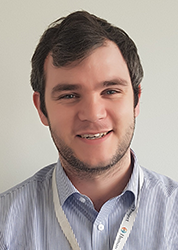 Dr William Knight is a Project Officer and Research Fellow in the HBP Ethics Support work package based at De Montfort University. He has worked for many years in research ethics across in a number of different areas including healthcare, computer science and research support. Dr Knight's current research focus is on ethics compliance in international research projects. 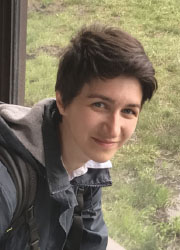 Dr. Lisa Mapelli graduated in Biology at the University of Pavia (Italy), where she also earned her PhD in Neuroscience in 2008, investigating synaptic inhibition in the cerebellar granular layer. She then moved to Lausanne (UNIL, Switzerland) and Milan (University and CNR-Neuroscience Institute, Italy), before coming back to Pavia in 2012. Her research activities have been focused on excitation/inhibition interplay and plasticity mainly in the cerebellum, from single connection properties to network dynamics. The techniques used include single-cell electrophysiology, high-density multi-electrode arrays, imaging and optogenetics, both ex vivo and in vivo in rodents. Dr. Mapelli has been awarded the SIF-Prize by the Italian Physiological Society in 2017 and is currently Assistant Professor at the Neurophysiology Unit of the Dept of Brain and Behavioral Sciences of the University of Pavia. 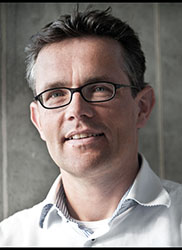 Pieter R. Roelfsema received his MD degree in 1991. For his PhD work he went to the group of Wolf Singer at the Max-Planck-Institute for Brain Research in Frankfurt (Germany) and he received his PhD degree at the University of Amsterdam in 1995. In 2002 he was employed by the Royal Academy of Arts and Sciences of the Netherlands in the institute now named Netherlands Institute for Neuroscience. In 2007 he was appointed as general director of this institute. In 2005 he became strategic Professor at the Free University of Amsterdam and in 2012 also Professor at the AMC in Amsterdam. Pieter Roelfsema received the highly competitive NWO-VICI award (2008) and the ERC-Advanced grant (2013). He studies visual perception, plasticity and memory in the visual system using multi-electrode recording techniques in experimental animals, behavioral paradigms in humans, and computational neuroscience approaches. He investigates how neurons in different brain areas work together during tasks that require thinking with the visual brain. Even the simplest visual task activates thousands neurons across a large number of cortical and subcortical brain areas. Roelfsema studies how these networks of neurons work together to solve the task and how networks configure themselves during learning. He aims to create a visual prosthesis for blind people that will restore a rudimentary form of sight.

Aaron van den Oord works as a research scientist at DeepMind, London. His research focuses on generative models and representation learning.
Aaron completed his PhD at the University of Ghent in Belgium where he worked on generative models, image compression and music recommendation. After Aaron joined DeepMind in 2015 he made important contributions to the field of generative modeling with autoregressive networks, including PixelRNN, PixelCNN and WaveNet. He also developed new techniques for speeding up generative models for text-to-speech synthesis, which are now used in various Google products such as the Google Assistant. In Aaron's most recent work he focused on representation learning with VQ-VAE and Contrastive Predictive Coding.