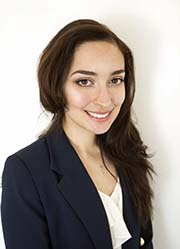 Marie Claire Capolei received the M.Sc. degree in Automation and Robot Technology Engineering and the B.Sc. degree in Industrial Engineering from the Technical University of Denmark, in 2017, and from Campus Bio-medico University in Rome, in 2015, respectively.
She is currently working as a research assistant with Professor Henrik Hautop Lund and Postdoc Silvia Tolu at the Technical University of Denmark. Her research interests are the design and implementation of bio-inspired architectures for adaptive motor learning and control of robotic systems. These architectures are inspired by the cerebellar microcircuit, which is modeled by both machine learning techniques, analog, and spiking neural networks. 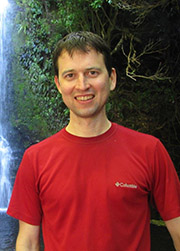 Jonathan J Hunt comes from downunder and originally studied physics and mathematics. Through a series of accidents he ended up studying computational neuroscience where he applied machine learning models to understand the development of the mammalian visual system at the University of Queensland. He then worked for 2.5 years as a researcher in San Diego at Brain Corporation on applications of computational neuroscience approaches to robotics. For the last 3 years he has been a research scientist at DeepMind where he has focussed on recurrent memory models and reinforcement learning for robotic control. In his personal reinforcement learning: he can ride a unicycle, but has not yet mastered juggling. 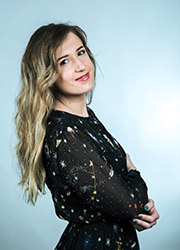 Alona Kharchenko is a PhD researcher working in the field of musculo-skeletal robotics within the Human Brain Project (Neurorobotics Platform). Alongside research, she is a team lead at the Roboy Student Team from the Technical University of Munich, a team behind Roboy as a completely open-source platform encapsulating research, development, and education in robotics and AI. She is an enthusiastic robotics scientist, who draws inspiration from nature to develop seamless interfaces between people and robots. 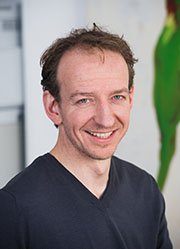 Lars Muckli is Professor of Visual and Cognitive Neurosciences, and Director of fMRI at the Centre for Cognitive Neuroimaging (CCNI), in Glasgow and Co-chair of 7T-Imaging Center of Excellence (ICE) MRI. He has worked for 20 years in the field of fMRI and multi-modal brain imaging. His work focuses on brain imaging of cortical feedback, investigation of layer specific fMRI, and multi-level cross –species computational neuroscience. Before he came to Glasgow in 2007 Lars Muckli worked at the Max-Planck Institute for Brain Research with Rainer Goebel (1996-2000) and Wolf Singer (1996-2007).
In particular his team were first to use multivariate analysis for the different cortical depth layers, and used this methods in retinotopic regions of early visual cortex when these regions were not directly visually stimulated. They found a counter-stream of information passing in primary visual cortex (V1). Feedforward information enters primary visual cortex in mid-layers (layer IV), whereas contextual feedback to V1 projects to superficial layers 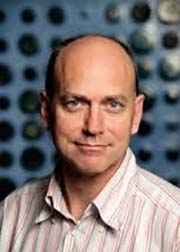 After his studies in Neurobiology at the University of Nijmegen and University of Amsterdam (UvA), Cyriel Pennartz obtained his PhD degree in Neuroscience cum laude at the UvA (1992) with Fernando Lopes da Silva and Henk Groenewegen. His PhD research elucidated physiological functions and plasticity of limbic-striatal circuits, and was partly conducted at the University of Tennessee at Memphis with Stephen Kitai. He continued as postdoctoral fellow in Computational Neuroscience at the department of Physics of Computation of the California Institute of Technology, working with John Hopfield. In 1993 he became Assistant Professor at the Netherlands Institute for Brain Research, where he initiated a research line on the cellular electrophysiology of the brain´s circadian clock and conducted research on limbic-striatal circuits to recordings in freely behaving animals. For the first time in the Netherlands he developed in vivo ensemble recording techniques, using tetrode-arrays, working with Prof. Dr. Carol Barnes and Prof. Dr. Bruce McNaughton at the University of Arizona in Tucson. In 2002, Pennartz became senior group leader at the Netherlands Institute for Brain Research and was appointed Special Professor in Cognitive Neurobiology at the University of Amsterdam. In 2003 he was promoted at the same institution to Full Professor in Cognitive and Systems Neuroscience, leading a group of ~20 people. In this function he has been working to integrate empirical neuroscience, computational theory and theories on perception, memory and consciousness and published a monograph on this topic in 2015 with MIT Press. Cyriel Pennartz is elected leader of one of the 12 Subprojects of the EU FET Flagship Human Brain Project (Systems and Cognitive Neuroscience) and co-leads the Brain & Cognition section of the Dutch National Science Agenda. Chief characteristics of his work are its multidisciplinarity and integrative approach to neuroscience, combined with theory- and model-driven experimentation and with technological innovation. 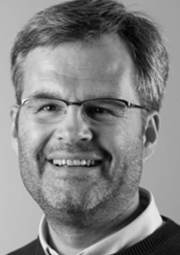 Originally trained in physics and computational neuroscience (MSc RWTH Aachen 1995, PhD U Göttingen 1999), Hans Ekkehard Plesser joined the Norwegian University of Life Science (NMBU) as a Marie Curie fellow in 2000 and was appointed associate professor in informatics at NMBU in 2002. Since 2013, he is also a guest researcher at the Institute for Neuroscience and Medicine 6, Forschungszentrum Jülich. He has worked at the RIKEN Brain Science Institute, Japan, New York University and Ohio State University, USA, and Simula Research Laboratory and University of Oslo in Norway.
As a core developer of the Neural Simulation Tool NEST since 2001, Hans Ekkehard made key contributions to hybrid parallelisation, support for advanced and spatially structured connectivity and quality assurance of NEST code. Together with Eilen Nordlie and Marc-Oliver Gewaltig, he proposed a widely adopted table format for the summary presentation of network models in publications. He is leading several NEST-related Tasks in the Human Brain Project, including "Simulator NEST as a Service" and "Massively parallel methods for network construction from rules and data", and participates in the EU project DEEP-EST.
Plesser is a founding member and current president of the NEST Initiative, chairman of the board of the Norwegian Research School for Neuroscience and the Norwegian representative to the Stakeholder Board of the Human Brain Project.
You can follow his software development activity on Github (github.com/heplesser). 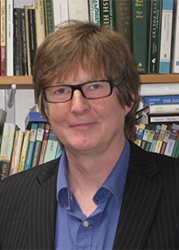 Tony Prescott is a Professor of Cognitive Robotics, a Fellow of the British Psychological Society, and the Director of the Sheffield Robotics a research institute across both Universities in Sheffield with over one hundred active researchers.  From a background that encompasses both Psychology and Artificial Intelligence, his research has focused on developing animal-like robots that are controlled by programs that simulate the brain; both as a path to better understand natural intelligence and to create useful new technologies.  With his collaborators he has developed the whiskered robots Scratchbot and Shrewbot, and control architectures for active sensing and autobiographical memory for the iCub humanoid robot which he is currently developing within the EU FET Flagship Human Brain Project.  He is also involved in several ongoing projects to develop commercial robots including the companion robot pet, MiRo, and an intelligent assistive table. His research has been reported in over 200 research articles and papers, and has been covered by the major news media including the BBC, CNN, Discovery Channel, Science Magazine, Wired and New Scientist. 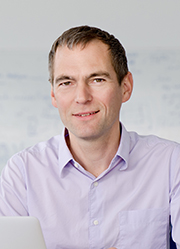 PD Dr. Florian Röhrbein is managing director of the Neurorobotics subproject of The Human Brain Project flagship. He is a senior lecturer at the research group "Robotics and Embedded Systems" in TUM's Informatics Department with international experience in various projects on artificial intelligence, computational neuroscience and brain-inspired cognitive systems. Research stays include the MacKay Institute of Communication and Neuroscience (UK), the HONDA Research Institute Europe (Germany) and the Albert Einstein College of Medicine (New York). He is Chief Editor of Frontiers in Neurorobotics. 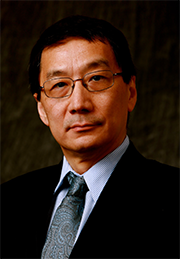 Ron Sun is Professor of Cognitive Science at RPI. His research interests center around the study of cognition, especially in the areas of cognitive architectures, human reasoning and learning, cognitive social simulation, and hybrid connectionist-symbolic models. He published many papers in these areas, as well as ten books, including "Anatomy of the Mind" and "Cambridge Handbook of Computational Psychology". For his paper on integrating rule-based and connectionist models for accounting for human everyday reasoning, he received the David Marr Award from Cognitive Science Society.  For his work on human skill learning, he received the Hebb Award from International Neural Network Society.  He was the founding co-editor-in-chief of the journal Cognitive Systems Research, and also serves on the editorial boards of many other journals.  He chaired a number of major international conferences (including CogSci and IJCNN). He is a fellow of IEEE, APS, and other societies. He was President of INNS 2011-2012. His Web URL is:  http://sites.google.com/site/drronsun 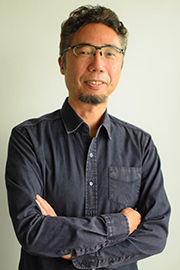 Jun Tani received a doctor of engineering degree in electrical engineering from Sophia Univ. in Tokyo in 1995. He worked for Sony Corp. and later for Sony Computer Science Lab as a researcher from 1990 to 2001. Then, he worked at Riken Brain Science Institute from 2001 to 2012 where he has been a PI of Lab. for Behavior and Dynamic Cognition. He became a full professor of Electrical Engineering in Korean Advanced Inst. of Science and Technology in Korea in 2012. Then, he moved to Okinawa Institute of Science and Technology for starting Cognitive Neurorobotics Research Unit in 2017. His research interests include neurorobotics, deep learning, complex systems, brain science, developmental psychology, and philosophy of mind. He is an author of"Exploring Robotic Minds: Actions, Symbols, and Consciousness as Self-Organizing Dynamic Phenomena." published from Oxford Univ. Press in 2016.