Campus of the University of Vienna

The campus can be easily reached by subway, tram and bus. 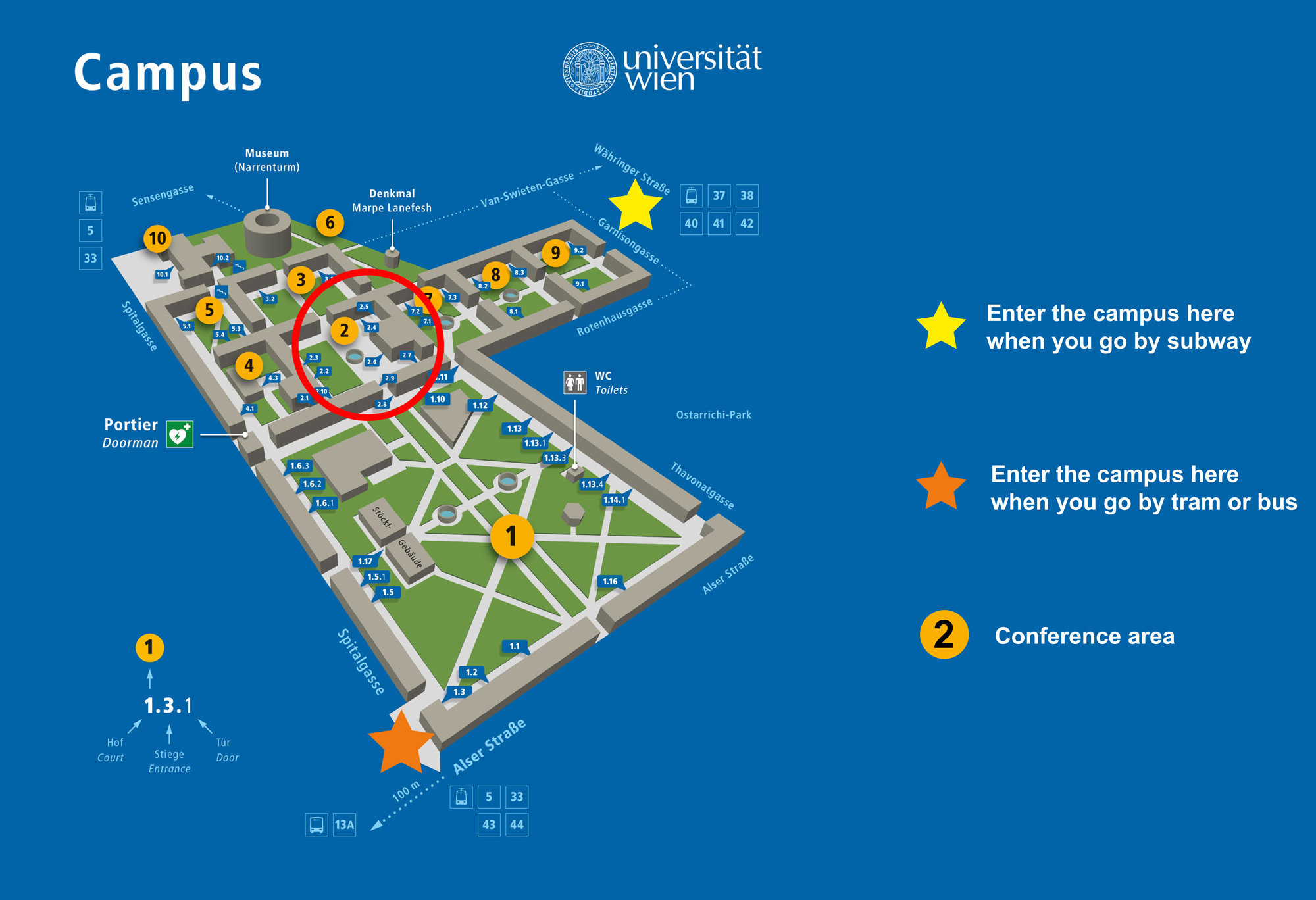 Vienna has an excellent network of public transport consisting of approximately 140 underground, bus and tram lines that cover 180,000 kilometers and will take you almost anywhere in the city effectively and inexpensively. There are also night lines that operate between 0.30 and 5 a.m.

Wiener Linien tickets can be purchased from vending machines at underground stations, at news agents', or at ticket offices and have to be punched prior to boarding. For further information on public transport click here: Wiener Linien.