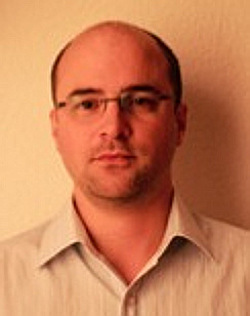 Axel von Arnim has been a research engineer in France in automotive research for 7 years, involved in European Projects on autonomous driving.

After 3 years industrial experience in the automation industry in Switzerland, he joined the HBP in 2014, in the early phases of the Neurorobotics Platform.

Since November 2015, he is product owner and since October 2016, work package leader for the Platform. 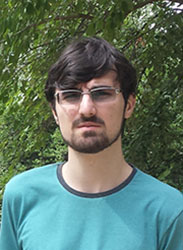 Petrut Bogdan obtained a BSc in Computer Science from the University of Manchester. For his final year project he created a spiking neuron-based robot control system for an art exhibition unveiled at the Manchester Art Gallery from February to June 2016 (https://youtu.be/GaqgkyAIRBg).
He is currently a PhD student at the University of Manchester working on enabling the SpiNNaker neuromorphic computation platform to simulate adult neurogenesis and synaptogenesis, or structural plasticity, in real-time. This is a mechanism through which mammalian brains learn which complements synaptic plasticity, or the change in synaptic efficacies. It relies on the "birth" and "death" of neurons in specific areas of the brain and the connections they create. 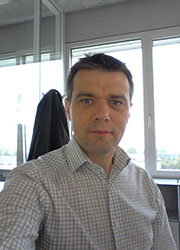 Marc-Oliver Gewaltig is the Section Manager of Neurorobotics within the Simulation Neuroscience Division.

His team investigates the simulation-aided reconstruction of sensory-motor loops in rodents, using data-driven whole brain models and musculo-skeletal body models. Of particular interest is closed-action perception loops in which an animal influences or actively controls its sensory input.

Marc-Oliver is the co-author of the Neural Simulation Tool NEST (www.nest-simulator.org), a popular tool for large-scale simulations of spiking neural networks.

Before joining Blue Brain in 2011, Marc-Oliver was Principal Scientist (1998-2011) at the Honda Research Institute Europe in Offenbach, Germany. He completed his PhD in Physics in 1999.

Sonja Grün, born 1960, received her Diploma in Physics from Tübingen University and Dr. rer. nat. in Physics from Ruhr University Bochum, and her habilitation in Neurobiology and Biophysics from University of Freiburg. During her postdoc at the Hebrew University in Jerusalem she performed multiple single unit recordings in behaving monkeys. Equipped with this experience she returned back to computational neuroscience to further develop analysis tools for multi-channel recordings, first at the Max-Planck Institute for Brain Research in Frankfurt/Main, and then as Assistant Professor at Freie University in Berlin associated with the local Bernstein Center for Computational Neuroscience. From 2006 – 2011 she was Unit and later Team leader for Statistical Neuroscience at RIKEN Brain Science Institute in Wako-Shi, Japan. Since 2011 she is Vice-director of the Institute for Neuroscience and Medicine (INM-6) at Jülich Research Centre and full Professor for Theoretical Systems Neurobiology at RWTH Aachen University. She studies temporal and spatial neuronal dynamics, develops statistics for analysis of high-dimensional data, and works on data management and reproducibility. 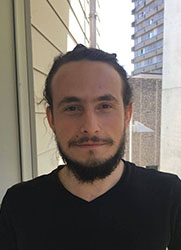 Mirco Nasuti is a software engineer at the laboratoire de recherche en neuroimagerie (LREN), at the centre hospitalier universitaire vaudois (CHUV), in Lausanne. He is currently working on the Medical Informatics Platform (MIP), the 8th sub-project (SP8) of the Human Brain Project (HBP).
He studied software engineering at the haute école arc (HE-Arc), in Neuchâtel. 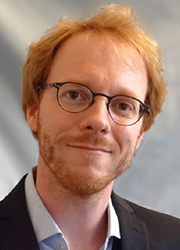 Michael von Papen is a Post-Doc at Institute of Computational and Systems Neuroscience (INM-6) at the Research Centre Juelich, Germany. He received his PhD in Geophysics from the University of Cologne, Germany (2014).
His main research interests are methodological developments in data analysis, correlation analyses of massively parallel spike trains, phase/coherence analyses of local field potentials, and turbulence of space plasmas.
Within the Human Brain Project (HBP), Michael is involved in SP4, where he works in Sonja Gruen's lab to develop an integrated loop for the comparison of experimental spike and LFP data with simulated data obtained from a spiking cortical network model using NEST.

Zsuzsanna Püspöki, PhD received her PhD Diploma in Electrical Engineering in 2016 from the École polytechnique fédérale de Lausanne (EPFL), Switzerland. There, she developed methodologies and frameworks for the efficient analysis of biomedical images with the focus on local transformable representations and their applications for feature extraction.
Currently, she is a postdoctoral researcher at the Lausanne University Hospital in the Laboratory for Research in Neuroimaging (LREN) and a software developer of the Medical Imaging Platform (in the HPB SP8 framework). She is working on challenges related to the understanding of neurodegenerative diseases and MRI imaging, with a main focus on Parkinson's disease. 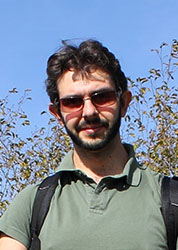 Armando Romani is a Postdoctoral Fellow at the Blue Brain Project (EPFL, Switzerland), working on a biophysically detailed model of the hippocampus. The hippocampus plays a key role in memory formation, spatial navigation, and other fundamental cognitive functions.
Before moving to Blue Brain, Armando spent two years as a collaborator at the Laboratory of Computational Embodied Neuroscience, group leader Dr. Gianluca Baldassarre, Institute of Cognitive Sciences and Technologies, National Research Council (Rome, Italy). Prior to that, he was a PhD student at the ‘Molecular Mechanisms of Synaptic Plasticity' laboratory, group leader Dr. Hélène Marie, European Brain Research Institute, Rita Levi-Montalcini Foundation (Rome, Italy).
Armando has a degree in Biology from the University ‘Roma Tre', Italy and a PhD in Neuroscience from the University ‘Tor Vergata', Rome, Italy. 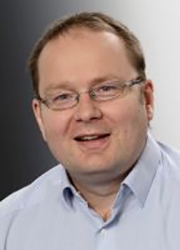 Bernd Schuller holds a PhD in Physics from the Technical University, Aachen (Germany). Since 2003 he has been working at Jülich Supercomputing Centre (Germany) and was involved in many research projects as a scientist and software architect, most recently the HBP. He is one of the main developers of the UNICORE middleware (http://www.unicore.eu). His main research interest are distributed systems, workflow systems, data management, parallel and high-performance computing and security.