<< back to the overview 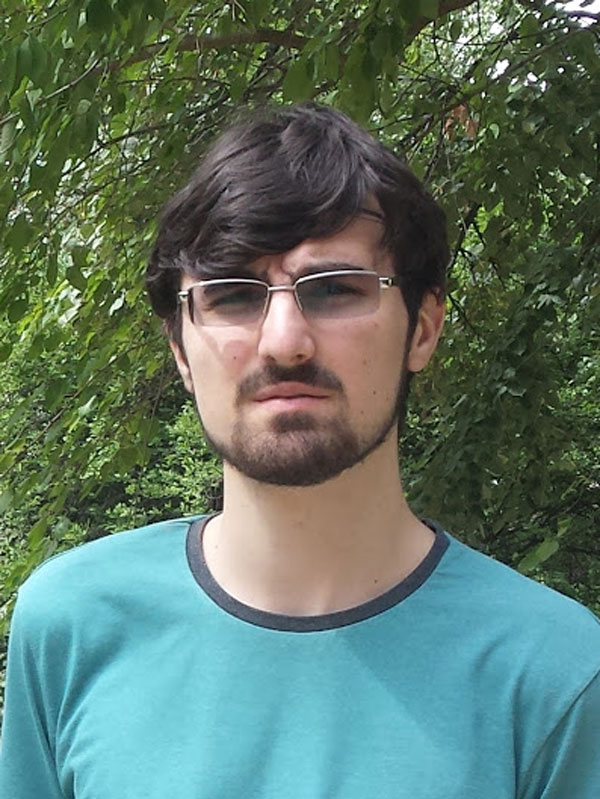 Petrut Bogdan obtained a BSc in Computer Science from the University of Manchester. For his final year project he created a spiking neuron-based robot control system for an art exhibition unveiled at the Manchester Art Gallery from February to June 2016 (https://youtu.be/GaqgkyAIRBg).

He is currently a PhD student at the University of Manchester working on enabling the SpiNNaker neuromorphic computation platform to simulate adult neurogenesis and synaptogenesis, or structural plasticity, in real-time. This is a mechanism through which mammalian brains learn which complements synaptic plasticity, or the change in synaptic efficacies. It relies on the "birth" and "death" of neurons in specific areas of the brain and the connections they create. 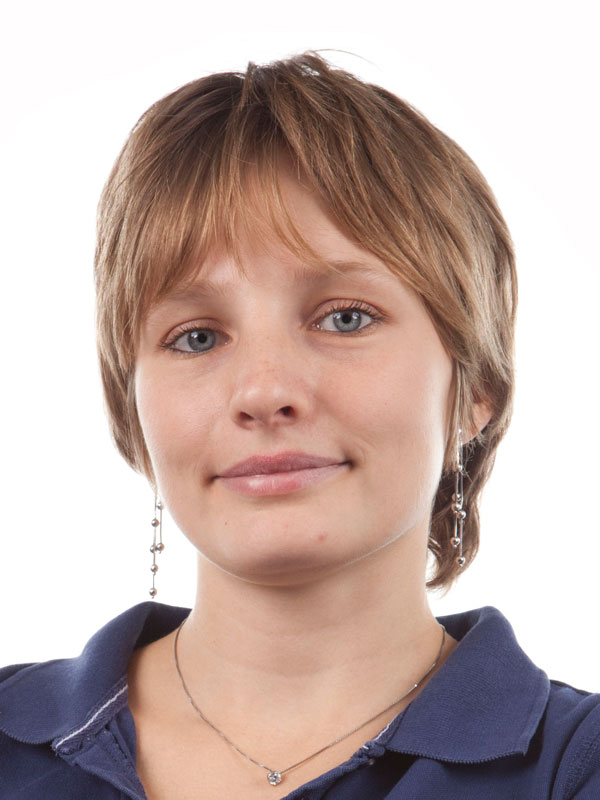 Irene Costantini is a Post-Doc research fellow in Francesco Pavone's group at the European Laboratory for Non-Linear Spectroscopy (LENS), University of Florence.

She obtained her Master Degree in Medical and Pharmaceutical Biotechnology at the University of Florence with Prof. Duccio Cavalieri and Prof. Mihai Netea. Her thesis focused on the analysis of the role of genetic variations of IL-32 in the development and severity of thyroid cancer. The internship was conducted at the Radboud University Nijmegen Medical Center, Netherlands. Irene concluded in March 2016 her international Ph.D. in "Atomic and Molecular Photonics" at LENS.

Her research activity is focused on the tridimensional reconstruction of intact neuronal networks in mouse and human brains, with cellular resolution, using Selective Plane Illumination Microscopy and Two-photon fluorescence microscopy in combination with clearing methodologies. She has recently published an article as the first author on Scientific Reports with the title: "A versatile clearing agent for multi-modal brain imaging". 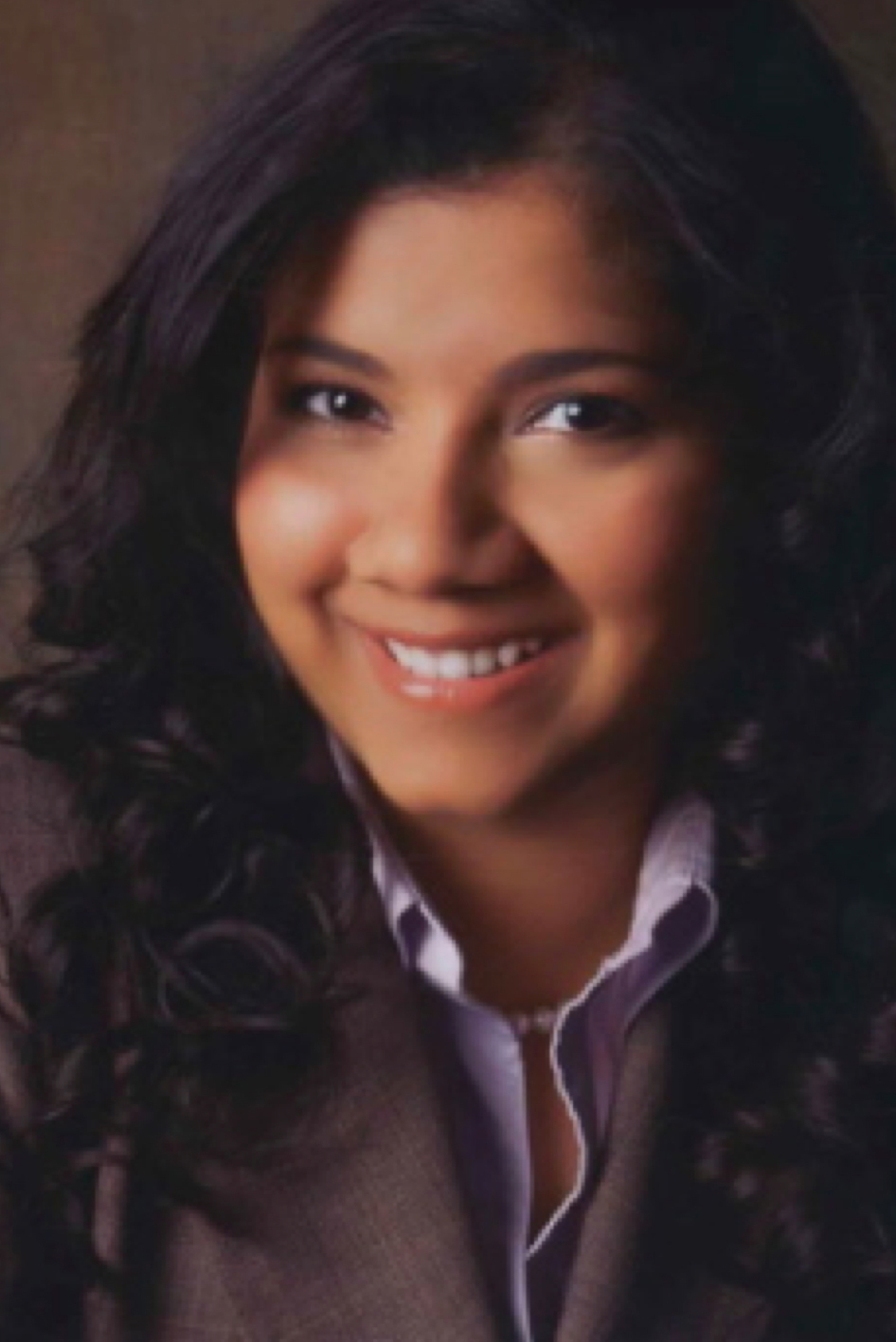 Saheli Datta is a Research Associate of the EU Funded Human Brain Project (HBP) led by Professor Nikolas Rose at the Department of Global Health and Social Medicine (GHSM). She also serves as the Research Ethics Panel for GHSM and is a member of the HBP's SP12 Communication Working Group and King's Biotechnology and Society research hub (BIOS).

Prior to joining the HBP, Saheli was a part of the UK ESRC's Rising Powers research project at King's Department of Political Economy. She holds an MSc with Distinction from King's School of Social Science and Public Policy and a BA in Economics from Columbia University, New York.

Currently, Saheli's research focuses on transnational governance and emerging health technologies from a comparative-politics perspective with a focus on neurotechnologies. In particular, she is exploring the ethical, legal and social aspects of EU's dual-use export controls in neurotechnologies. 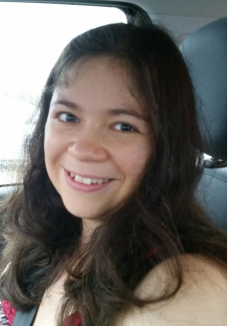 Sandra Diaz was born in Mexico, where she studied Electronic Systems Engineering and did a masters in Computer Sciences. Afterwards she moved to Canada where she obtained a second masters in Electrical Engineering.

Today, Sandra works and does her PhD at the Simulation Lab Neuroscience in the Jülich Research Centre in Germany. She is passionate about research in the fields of neuroscience and computation.

Currently, Sandra's research work involves efficient simulation of neural networks at different scales, structural plasticity, parameter space exploration techniques and analysis of the relationships between connectivity and function of the brain. Her work also involves helping neuroscientists port their applications and make efficient usage of the super computing infrastructure in our facilities. 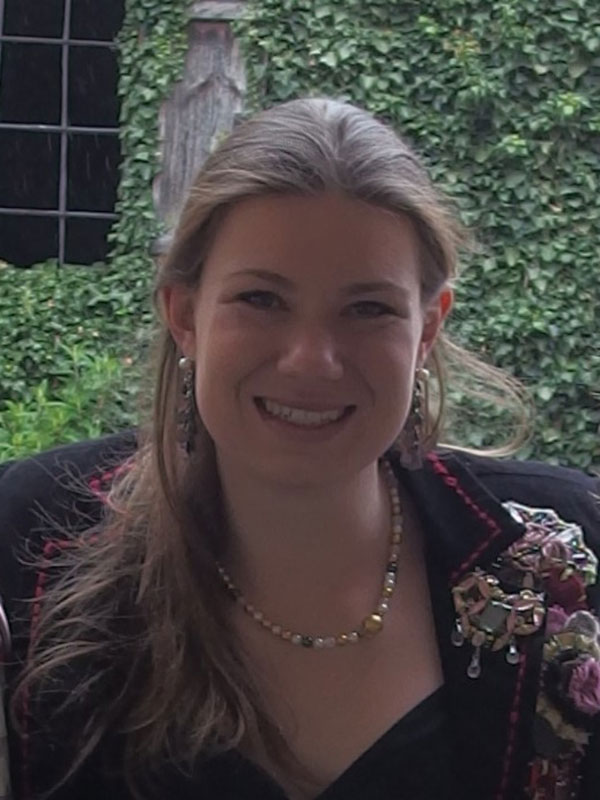 Based on her experimental and computational education she is working on a systems biological approach to shed light over complex underlying dysfunctions in Parkinson?s Disease. Therefore network analytical approaches are used together with functional enrichment analysis. This work is embedded in efforts in Douglas Armstrong?s and Jeanette Hellgren Kotaleski?s work, both active HBP members. 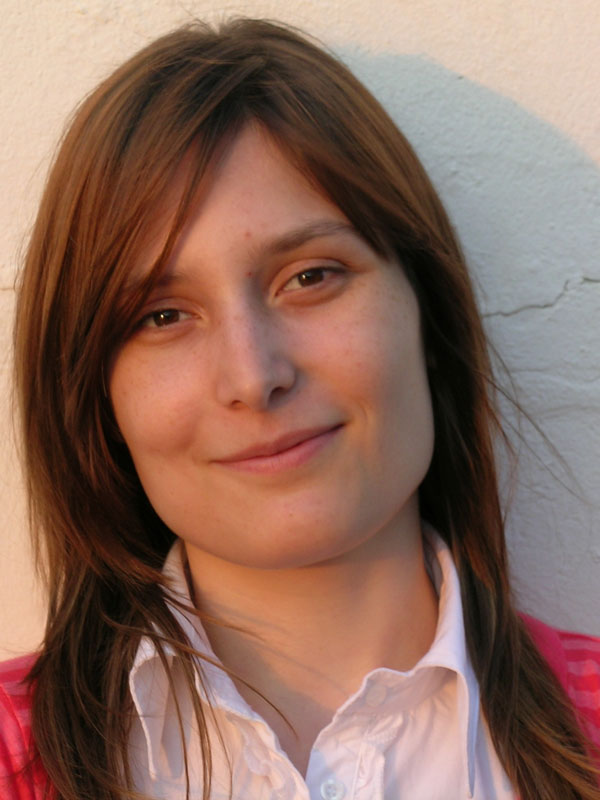 CNR, Palermo, Italy. She received a PhD in Computer Science from University of Palermo (2010).

Within the Human Brain Project (HBP), she is involved in developing computational models and tools to study subcellular synaptic transmission pathways and techniques for parameters optimization on parallel supercomputers. 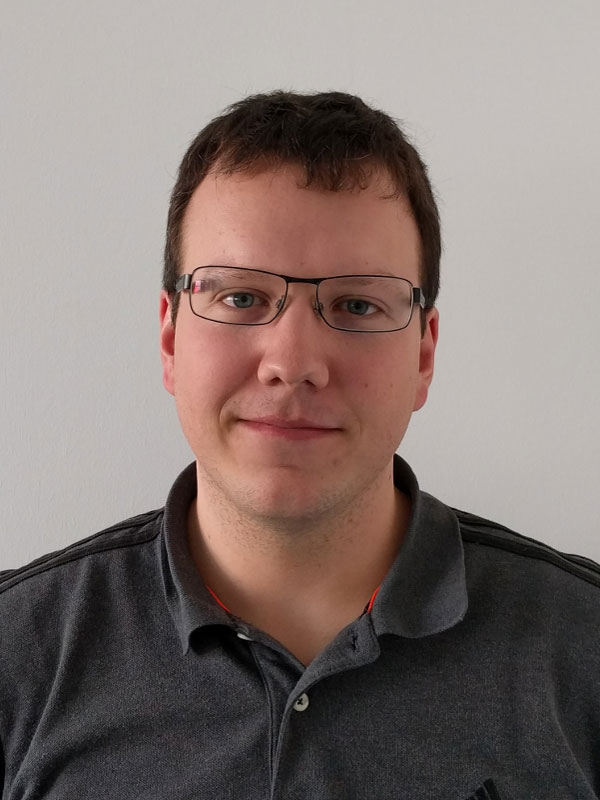 Felix Matuschke is a PhD student at the Fiber Architecture Group at the Forschungszentrum Jülich, Germany.

He is currently working on simulation of 3D polarized light imaging (3D-PLI) including the creation of virtual models describing birefringent nerve fiber tissue. For his work he is developing code for High Performance Computer (HPC) at the Jülich Supercomputing Centre (JSC). 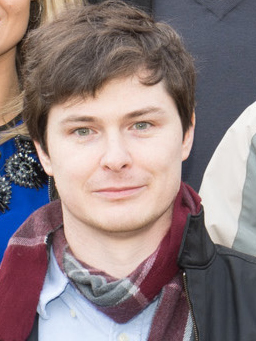 Andrew Morgan is a researcher in Professor Lars Muckli's laboratory at the University of Glasgow in Scotland. They disentangle feedforward and contextual feedback signals in different cortical layers using ultra high-field functional MRI and compare these signals with neuronal recordings as part of the HBP work package "Context-sensitive Multisensory Object Recognition." (part of SP3 - Systems and Cognitive Neuroscience).

Andrew is from Boise, Idaho in the United States and he completed his undergraduate studies in Neuroscience at the University of Southern California in Los Angeles.

Next, he went on to become a member of Professor Edythe London's lab at the University of California, Los Angeles. There he worked on studies of drug addiction and impulsivity using fMRI and PET (Positron Emission Tomography) before beginning his graduate studies at the University of Glasgow. 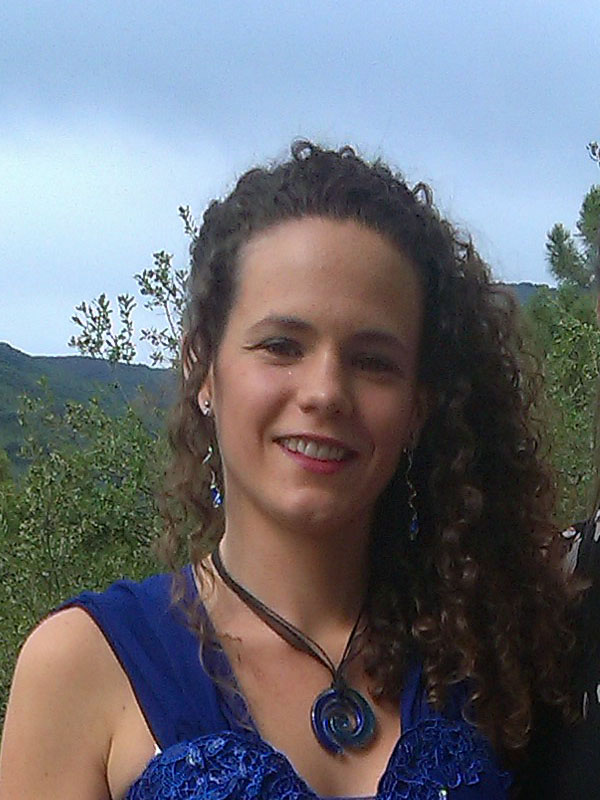 Maria Pasquini is a bioengineer who received her MSc in the University of Florence, defending a thesis about the characterization and upgrade of a robotic platform for post-stroke rehabilitation on mice.

She is currently a research assistant in the Translational Neural Engineering Area, at the Biorobotics Institute of Scuola Superiore Sant'Anna. 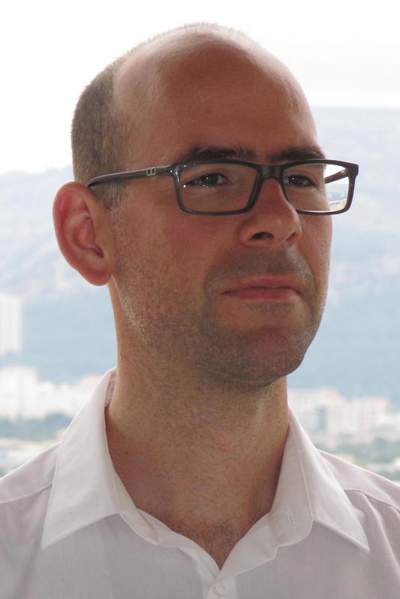 Spase Petkoski is a post-doctoral researcher at the Theoretical Neuroscience Group, which a part of the Institute of Systems Neuroscience in Marseille, both led by Professor Viktor Jirsa.

He joined the lab in 2014 after receiving PhD in Nonlinear and Biomedical Physics at Lancaster University in UK. Prior to this, he obtained BsC and MsC in Electrical Engineering at Sts. Cyril and Methodius University in Skopje, Macedonia, where he also worked as a teaching assistant.

His current research encompasses brain network modelling approach for describing the large-scale brain dynamics. Besides theoretical aspects of population synchronization, his work has application in healthy and pathological brain (epilepsy and stroke) in humans and mice. 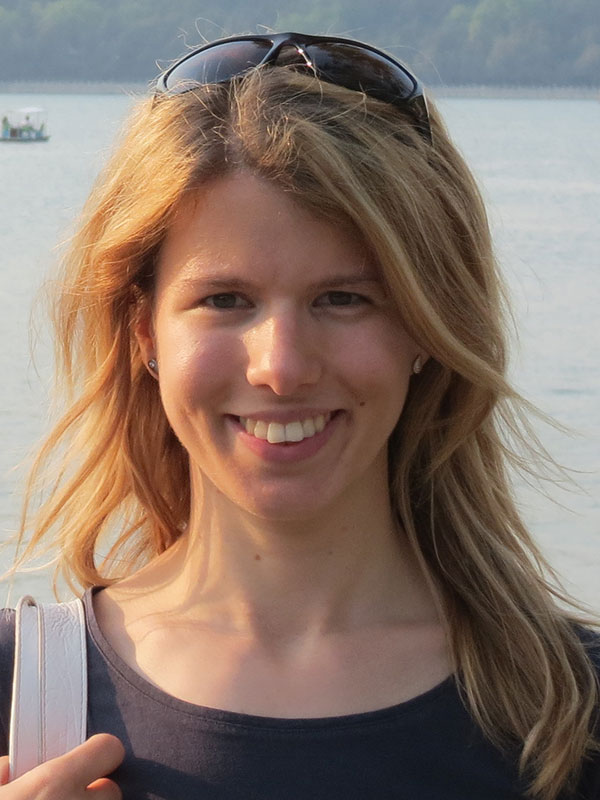 Zsuzsanna Püspöki, PhD received her PhD Diploma in Electrical Engineering in 2016 from the École polytechnique fédérale de Lausanne (EPFL), Switzerland. There, she developed methodologies and frameworks for the efficient analysis of biomedical images with the focus on local transformable representations and their applications for feature extraction.

Currently, she is a postdoctoral researcher at the Lausanne University Hospital in the Laboratory for Research in Neuroimaging (LREN) and a software developer of the Medical Imaging Platform (in the HPB SP8 framework). She is working on challenges related to the understanding of neurodegenerative diseases and MRI imaging, with a main focus on Parkinson's disease. 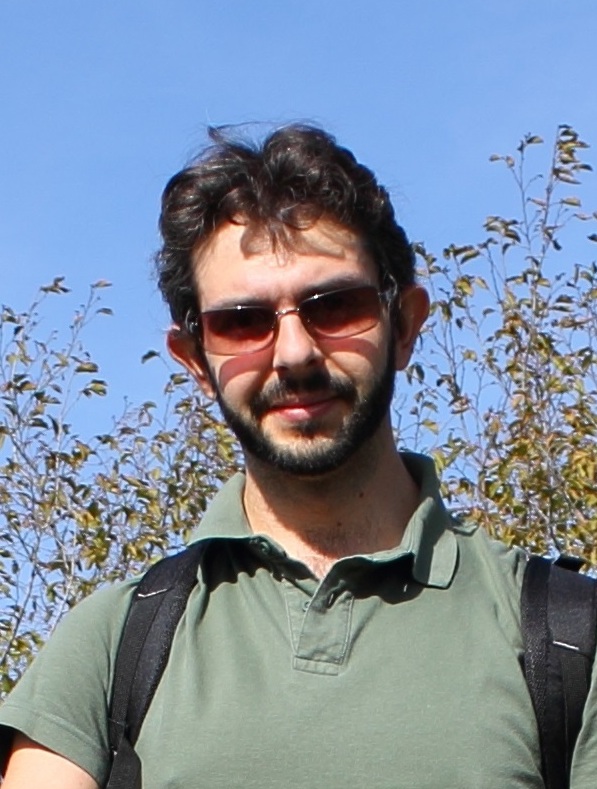 Armando Romani is a Postdoctoral Fellow at the Blue Brain Project (EPFL, Switzerland), working on a biophysically detailed model of the hippocampus. The hippocampus plays a key role in memory formation, spatial navigation, and other fundamental cognitive functions. 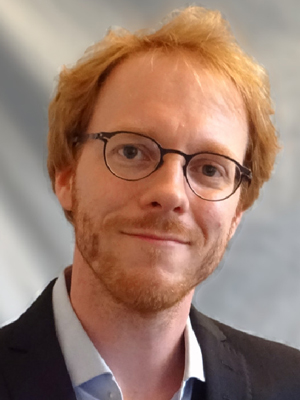 Michael von Papen is a Post-Doc at Institute of Computational and Systems Neuroscience (INM-6) at the Research Centre Juelich, Germany. He received his PhD in Geophysics from the University of Cologne, Germany (2014).

Within the Human Brain Project (HBP), Michael is involved in SP4, where he works in Sonja Gruen's lab to develop an integrated loop for the comparison of experimental spike and LFP data with simulated data obtained from a spiking cortical network model using NEST. 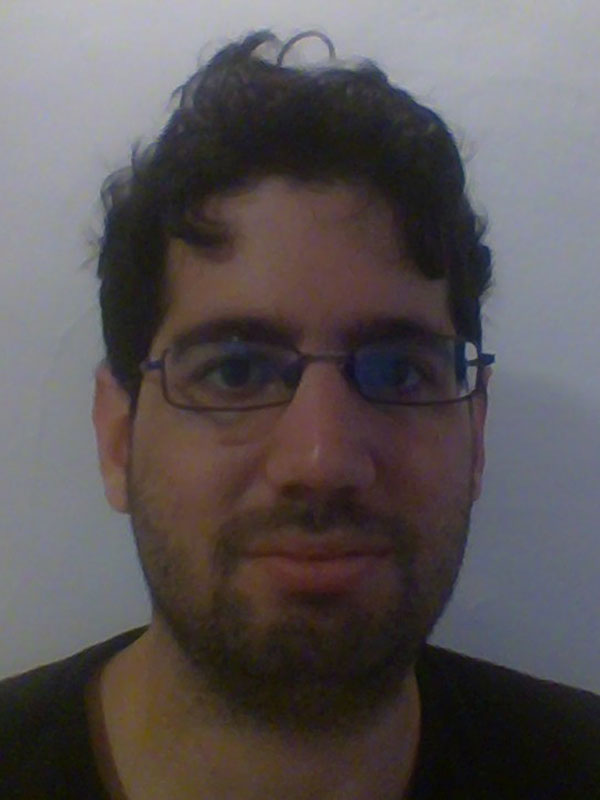 Yoav Zeevi is currently a PhD student in Yoav Benjamini's Lab at Tel Aviv University. His Research topics include the development of statistical tools for studying brain, behavior and their interactions. Specifically, addressing the replicability problems in psychology.

Yoav received a B.Sc. in neuroscience, biology and psychology from Tel Aviv University.